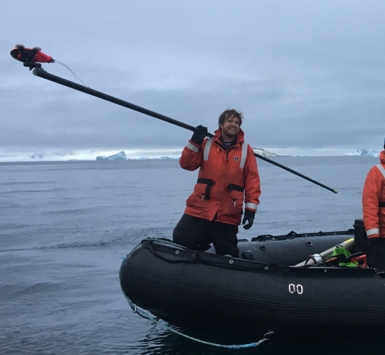 David Cade was an educator (6 years in the outdoors and 6 years in a math classroom) before returning to science to pursue his passions.  After earning a master’s degree in education at Stanford University in 2005, a master’s in oceanography at Oregon State University in 2014, and his Ph.D. in Jeremy Goldbogen’s lab at Stanford University’s Hopkins Marine Station in 2019, he joins the Bio-telemetry and Behavioral Ecology lab to look at how two of the largest krill predators in the West Antarctic Peninsula exploit resources in what appears to be a sympatric environment-- and examines what might happen as the icy habitat shifts.